Mr. Mounts, a retired military attorney, served as the Special Assistant to the Deputy Commander, U.S. Forces Korea for International Relations and United States Secretary to the Status of Forces Agreement (SOFA) Joint Committee in the civilian grade of GS-15 (full colonel equivalent) from January 1996 until July 2014. He retired with over 45 years of government service and returned home to his native Gainesville, Florida in July 2014.

Mr. Mounts also served over 25 years on active duty in the U.S. Air Force, serving both as a career Judge Advocate and as a Special Agent, Air Force Office of Special Investigations, retiring July 1, 1994 in the grade of Lieutenant Colonel, USAF. After military retirement, he practiced law in Long Beach, California specializing in commercial dispute resolution until his government appointment.

Mr. Mounts obtained his undergraduate and law degrees from the University of Florida in 1964 and 1966, respectively, and is a member of Florida Blue Key. He is a member of various other civic and professional organizations, and is the recipient of multiple professional awards. In recognition of his Federal civilian service, he was awarded the Department of the Army Decoration for Exceptional Civilian Service (highest civilian award).

Mr. Mounts is married to Eunsook Park, who works from home as an interpreter. They have five grown children between them. Mounts currently serves as President of the Matheson History Museum, Inc.; as a member of Holy Trinity Episcopal Church's governing board (Vestry); as a member of the Rotary Club of Gainesville, as a member of the Alachua County Democratic Party Executive Committee, serving as Chair of the Grievance Committee, and is the immediate past president of the University Park Neighborhood Association (UPNA). 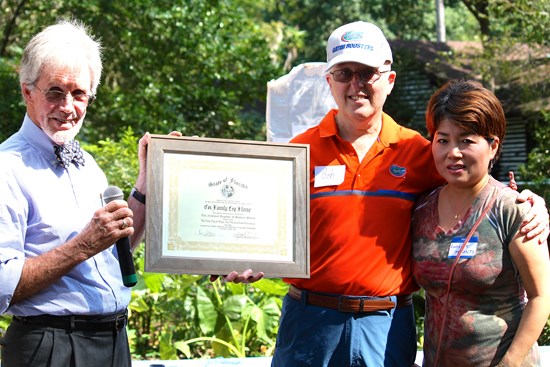 Former Historic Preservation Board Chair Bill Warriner, presenting the National Register of Historic Places certificate in 2017 to Robert and his wife, Eunsook Park honoring their former log home in Florida Park. The couple has since "downsized" to a top-floor condo in Haile Village and also now own an 8th floor "weekend getaway" condo in Flagler Beach. 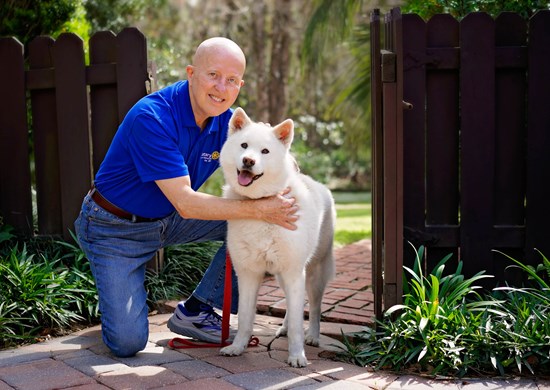 Thank you for signing up!

Past time to end capital punishment in America

High time for a moratorium on development

Don't believe the "Big Lie". Local elections show the process should be trusted

The end of single-family zoning is near